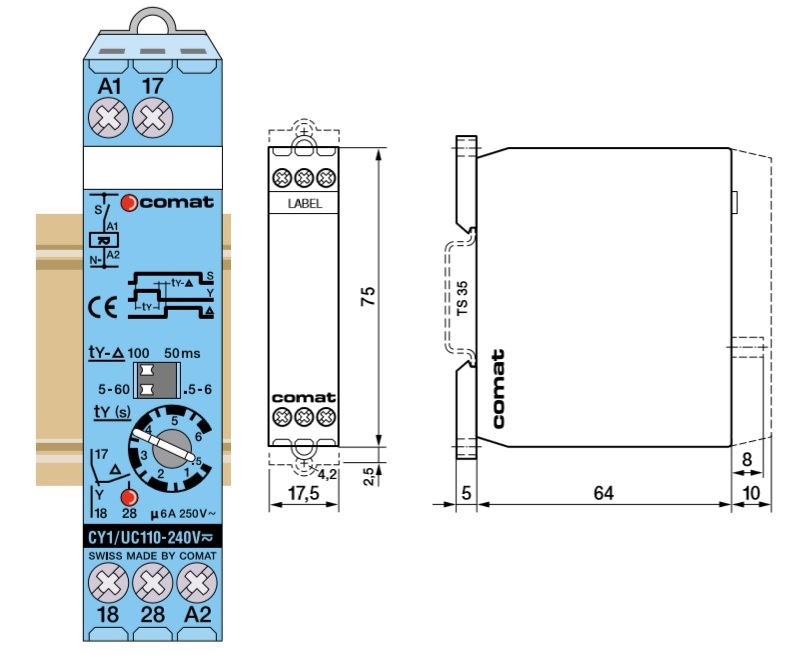 In this article we will talk about Star-Delta timers, for Star-Delta motor starting, and will present our timers for this application.

The vast majority of Induction Motors are started in direct starting, but when larger engines (above 5 HP), are started this way, may cause a disturbance of voltage in supply lines due to large power surges caused by his departure. To limit the starting current peak, large induction motors are started under reduced voltage and, subsequently receive the full supply voltage reconnected all the load when they reach values close to the nominal rotation.

The star-Delta starting is a maneuver used to decrease the starting current in motors, that reduces in about a third of the starting current and torque of the motor. She is based in from the engine first in Star Y, and then when the engine reaches approximately 90 percent of its nominal rotation, so is triggered the departure of triangle Δ.

The timer star-triangle on the departure of engines

To automate the departure manoeuvre, using a star-Delta timer, Star-Delta timer when receiving your voltage coil switches first contact which is connected at contactor starting motor in Star, and remains so through time set to last the game Star (This time can be configured on the timer and must be adjusted as the engine rpm), After that time the timer, releases the starting contact star and begins a period of delay before switching contact connects the contactor responsible for departure triangle, This is to ensure that doesn't happen short between phases, and then switch the contact that starts the match triangle.

Click here to request a quote or take any questions.